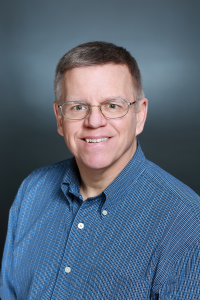 14  And Jesus returned in the power of the Spirit to Galilee, and a report about him went out through all the surrounding country.  15  And he taught in their synagogues, being glorified by all. Luke 4:14-15 (ESV)

31  And he went down to Capernaum, a city of Galilee. And he was teaching them on the Sabbath,  32  and they were astonished at his teaching, for his word possessed authority.  33  And in the synagogue, there was a man who had the spirit of an unclean demon… Luke 4:31-37 (ESV)

9  For he and all who were with him were astonished at the catch of fish that they had taken,  10  and so also were James and John, sons of Zebedee, who were partners with Simon. And Jesus said to Simon, “Do not be afraid; from now on you will be catching men.”  11  And when they had brought their boats to land, they left everything and followed him. Luke 5:1-11 (ESV)

27  After this he went out and saw a tax collector named Levi, sitting at the tax booth. And he said to him, “Follow me.”  28  And leaving everything, he rose and followed him.29  And Levi made him a great feast in his house, and there was a large company of tax collectors and others reclining at table with them.  30  And the Pharisees and their scribes grumbled at his disciples, saying, “Why do you eat and drink with tax collectors and sinners?”  31  And Jesus answered them, “Those who are well have no need of a physician, but those who are sick.  32  I have not come to call the righteous but sinners to repentance.” Luke 5:27-32 (ESV)

12  In these days he went out to the mountain to pray, and all night he continued in prayer to God.  13  And when day came, he called his disciples and chose from them twelve, whom he named apostles:  14  Simon, whom he named Peter, and Andrew his brother, and James and John, and Philip, and Bartholomew,  15  and Matthew, and Thomas, and James the son of Alphaeus, and Simon who was called the Zealot,  16  and Judas the son of James, and Judas Iscariot, who became a traitor. Luke 6:12-16 (ESV)

Will we seek to become a more fully devoted follower of Jesus? Will we ask God to give us someone we can help come and see?