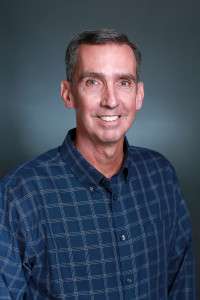 1 It was about this time that King Herod arrested some who belonged to the church, intending to  persecute them.  2  He had James, the brother of John, put to death with the sword.  3  When he saw that this met with approval among the Jews, he proceeded to seize Peter also. This happened during the Festival of Unleavened Bread.  4  After arresting him, he put him in prison, handing him over to be guarded by four squads of four soldiers each. Herod intended to bring him out for public trial after the Passover. 5  So Peter was kept in prison, but the church was earnestly praying to God for him. 6  The night before Herod was to bring him to trial, Peter was sleeping between two soldiers, bound with two chains, and sentries stood guard at the entrance.  7  Suddenly an angel of the Lord appeared and a light shone in the cell. He struck Peter on the side and woke him up. “Quick, get up!” he said, and the chains fell off Peter’s wrists. 8  Then the angel said to him, “Put on your clothes and sandals.” And Peter did so. “Wrap your cloak around you and follow me,” the angel told him.  9  Peter followed him out of the prison, but he had no idea that what the angel was doing was really happening; he thought he was seeing a vision.  10  They passed the first and second guards and came to the iron gate leading to the city. It opened for them by itself, and they went through it. When they had walked the length of one street, suddenly the angel left him. 11  Then Peter came to himself and said, “Now I know without a doubt that the Lord has sent his angel and rescued me from Herod’s clutches and from everything the Jewish people were hoping would happen.” 12  When this had dawned on him, he went to the house of Mary the mother of John, also called Mark, where many people had gathered and were praying. 13  Peter knocked at the outer entrance, and a servant named Rhoda came to answer the door. 14  When she recognized Peter’s voice, she was so overjoyed she ran back without opening it and exclaimed, “Peter is at the door!” 15  “You’re out of your mind,” they told her. When she kept insisting that it was so, they said, “It must be his angel.” 16  But Peter kept on knocking, and when they opened the door and saw him, they were astonished.  17  Peter motioned with his hand for them to be quiet and described how the Lord had brought him out of prison. “Tell James and the other brothers and sisters about this,” he said, and then he left for another place. Acts 12:1-17 (NIV)

And without faith it is impossible to please God, because anyone who comes to him must believe that he exists and that he rewards those who earnestly seek him. Hebrews 11:6 (NIV)

The fear of the Lord is the beginning of wisdom and the knowledge of the holy one is understanding. Proverbs 9:10 (NIV)

God‘s goodness is found at the cross.

God‘s sovereignty is revealed in creation.